If Mobdro is giving you issues or just want to know what else is out there on the market, we have a few Mobdro replacements, clones, and alternatives to consider.

Some of these Mobdro alternatives will work for Android, Firestick, iOS, iPhone, Mac, and/or PC and Windows.

Sling TV can be a great replacement for Mobdro.

Sling is one of the most popular live TV streaming services in the US.

Sling TV is only available in the United States.

Xumo TV is free given it’s supported by ads, so it’s worth a shot if the Mobdro app stopped working for you.

Xumo doesn’t offer as many networks as Mobdro, and it comes without premium channels, but it’s still a great choice.

You can get on-demand movies and popular channels (e.g., NBC, Bloomberg).

Since Xumo is an official service, you can get it on your Firestick from the Amazon Store.

It’s also available through the Google Play Store, Apple Store, Roku, and others as well.

Pluto TV is also free with no paid subscription required, so ads and commercials will show.

Pluto has a wide range of cable TV channels, including Sky News, CBS, MTV, and more.

Pluto is a legitimate IPTV service so you’ll be able to download it from Amazon, Apple, Google, and others.

Redbox Free Live TV is only available in the US and is not the same as Redbox TV APK.

Redbox doesn’t offer as many channels as Mobdro. It also lacks premium channels. But it adds more channels regularly.

Kodi is a popular media application. Kodi itself does not provide any content, such as live TV or streaming.

But it does let you install a variety of addons and builds that lets you watch just about anything you want.

Kodi can be easily installed on Firestick or any internet-connected device you choose, including smartphones, desktops, laptops, tablets, and more.

The Kodi application is quite seamless to use as well.

Rokkr can be downloaded from the Google Play Store, so it’s a legitimate service.

With Rokkr, you can access a wide variety of movies and TV shows.

This Mobdro alternative can also work like a browser. The app enables you to browse and play content and doesn’t provide an aggregated library of content.

The app can be downloaded and used in a pretty standard way once its all set up.

Airy TV is another quality Mobdro replacement if you’re looking for entertainment over a range of content.

It offers something for just about everyone in the family when it comes to streaming.

Initially, Fubo TV started as a service for football fans before expanding into other content.

US TV is a website that allows you to watch over 100 different US-based TV channels, all for free.

This Mobdro alternative enables you to choose a channel and stream their content in your browser window.

As the US TV Go name implies, it’s geared toward a US audience.

OK Live TV is a free live streaming service that enables you to watch free TV.

And as the name implies, the service is live TV and comes with subscription or registration fees.

You can watch this Mobdro alternative from your computer, laptop, tablet, or smartphone.

Just visit the site and stream whatever channel you’d like to watch.

We’re not sure if they hold a license to stream content, but they are available for use. 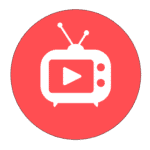 AOS TV is another Mobdro alternative that enables you to stream your content in one place.

AOS TV provides over 1,000 TV channels and lots of your favorite movies in high-definition quality for free.

For sports fans, you can watch football, NBA, NHL, tennis, and other sporting events from around the world. 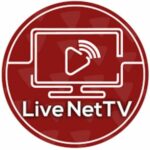 Live Net TV is another great Mobdro alternative that enables you to stream nearly 1,000 TV channels across various genres.

You can stream in categories such as: entertainment, news, movies, sports, cooking, kids, religion, documentaries, and music.

It also doesn’t involve any signups, subscriptions, or in-app purchases.

You can also stream TV shows and movies through its video-on-demand (VOD) service.

It also comes with support for many of your favorite media players including MX Player, XMTV Player, and Android Player.

Live Net TV is definitely worth checking out as one of the best Mobdro alternatives. If you’re looking for a Mobdro replacement, Swift Streamz is great app to consider.

You can watch around 1,000 TV channels for free.

It involves no premium fee, no in-app purchases, no subscription. Just ads, like most free services. 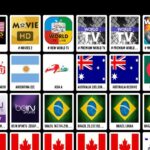 With Ola TV you can stream up to literally tens of thousands of channels all for free.

This also includes around 15,000 live TV channels in FHD resolution.

Ola TV is easy to navigate no matter what app you use. It comes with support for XYZ Player, VLC Player, MX Player, Android Player, and other media players.

They are regularly updating the catalog with channels, movies, and new content to make sure you’re always up to date.

Ola TV can be played on Windows PC, Android, and Firestick.

TVTap Pro enables you to watch more than 500 channels across nine categories from most countries in high definition.

With TVTap Pro, there are no registrations, subscriptions, and no annoying ads.

This article includes our list of 15 of the best Mobdro alternatives, clones, and replacements.

These Mobdro alternatives work for many devices, including:

These Mobdro alternatives also work for various types of streaming content, including: